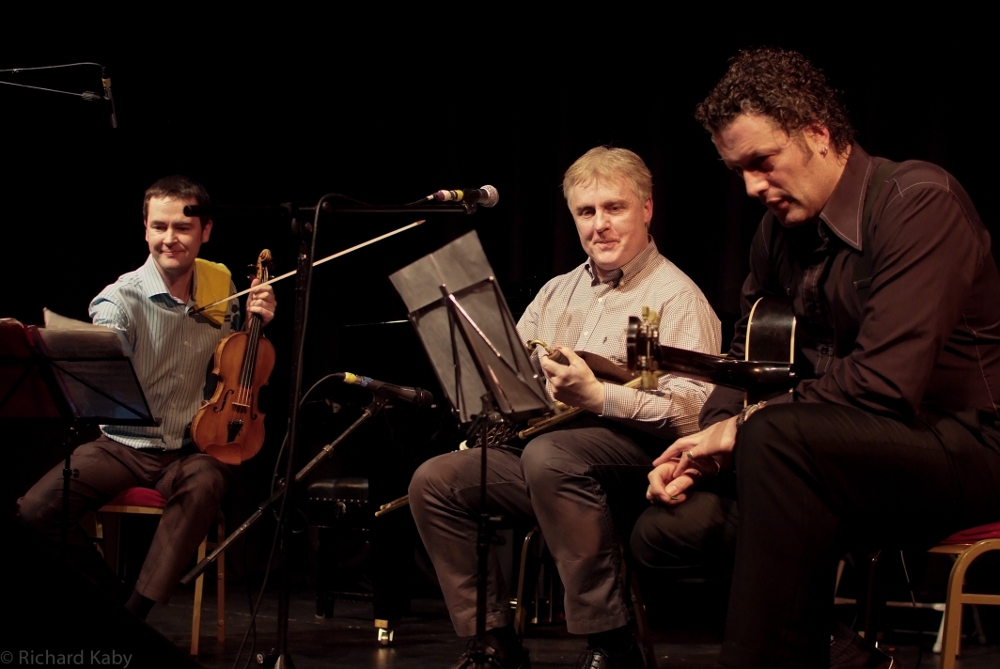 He has made numerous concerto appearances across the world, and is a member of the Fidelio Trio with whom he has appeared at the Wigmore Hall, Shanghai Oriental Arts Centre, Casa da Musica Porto and Symphony Space New York.

Darragh has recorded over 25 CDs for labels including NMC, Naxos, Delphian, Mode, Black Box and Nimbus. He is professor of violin and chamber music at the Royal Welsh College of Music and Drama, and the Guildhall School of Music & Drama.

Brian OhUiginn is an uilleann piper and whistle player from Dublin. He has performed extensively in Ireland and abroad, both with traditional and contemporary bands and as a solo performer. His main formative influences have been the Gaelic song traditions, of Ireland and in particular of Scotland, and the music of various Irish, Scottish and Cape Breton players.