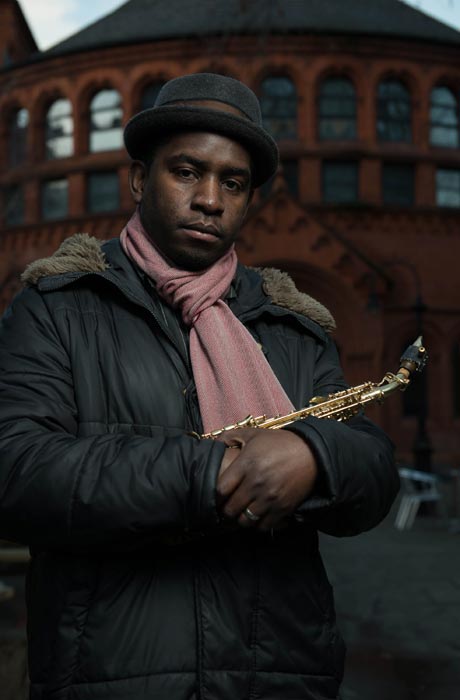 Jason Yarde (sax) started his playing career with the Jazz Warriors at 16, and has performed in a wide variety of bands including work with Louis Moholo, Afro Blok, Mano Ventura and the big bands of Manu Dibango, Hermeto Pascoal, Sam Rivers, McCoy Tyner, Andrew Hill, Hugh Masekela and many others. His own bands include the multi-award-winning J-life and Acoutastic Bombastic, and his prolific talents as composer, arranger and producer have led to projects with dance companies and classical orchestras such as the BBCCO and the LSO.

Samuel Dubois has been playing pan since starting in his school band at the age of 13. A full-time musician, he is self taught, and has never studied music. “I relish opportunities to play with all musicians as I believe there is something to be learned from everybody.” Sam has won the National Panorama competition on both occasions of entering with Ebony Steel Band. He has also won the British Association of Steelbands’ competition as soloist. Samuel has arranged for various bands in the UK & Sweden, and has toured in more than 50 countries, mainly playing jazz. He is currently touring with Courtney Pine. “My goal is to bring steelpan to the forefront of the music scene, so it’s not just seen as something that is associated with Calypso and Carnival.”