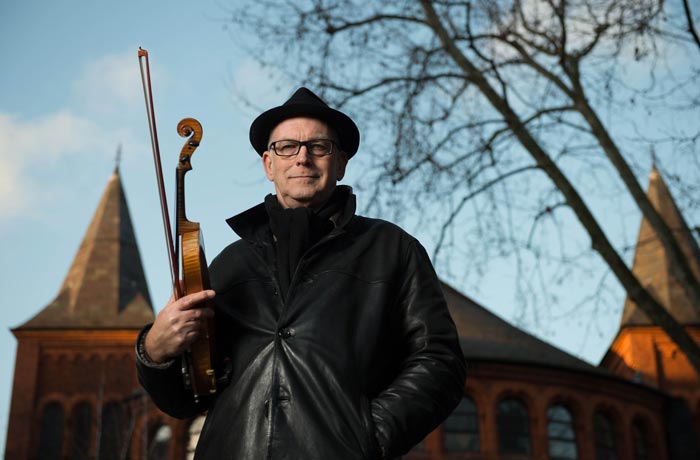 “I’ve long been intrigued by the musical language, dance rhythms, repertoire and playing techniques of English, Irish, Scottish, Scandinavian, Eastern European, American Old Time and other fiddle traditions. These have variously influenced my own fiddle compositions, some straightforwardly, others less so. A musical phrase usually just comes to mind, or appears under my fingers as I noodle on the instrument, and germinates (if it does), without conscious design on my part as to its style or character.

I am not prolific, but occasionally several tunes have arrived in succession and I’ve felt like a stage magician pulling silk scarves out of my mouth, all different colours.”

Pete Cooper plays, teaches, composes, records and writes about fiddle music. He is best known for his tutorial book/CD The Complete Irish Fiddle Player (1995), published in the USA by Mel Bay, and his more recent collections issued by Schott: Irish Fiddle Solos (2004), English Fiddle Tunes (2006), Eastern European Fiddle Tunes (2007) and American Old Time Fiddle Tunes (2010). A firm believer in lifelong learning, Pete has run regular fiddle courses in London since the mid-1980s, bringing his group classes under one roof in 2001 as the ‘London Fiddle School’