Rattle on the Stovepipe with Billy Hill 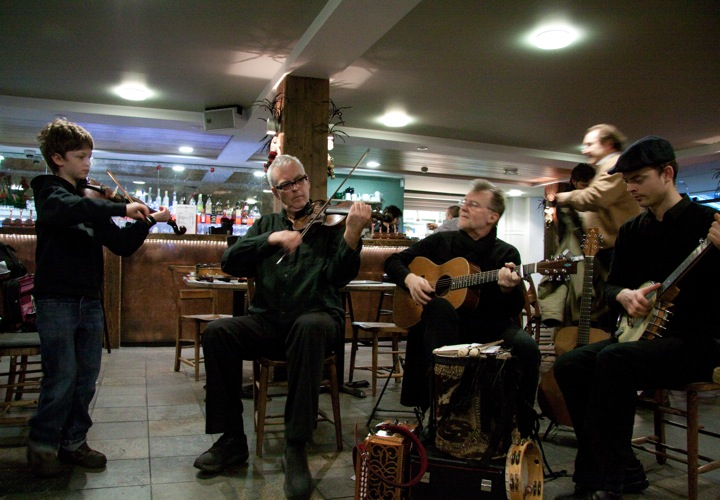 Rattle on the Stovepipe are Dave Arthur (5-string banjo, melodeon, guitar, vocals), Pete Cooper (fiddle and vocals) and Dan Stewart (5-string banjo, guitar and vocals). They’ve gained an enthusiastic folk club following with their mix of traditional songs, ballads and dance tunes from the British Isles and the Appalachian Mountains. Their 2006 CD with Chris Moreton, ‘Eight More Miles’ (Wild Goose, WGS 333), and the 2009 ‘No Use in Cryin’ with Dan Stewart has spread their reputation more widely.

Billy Hill has been playing folk fiddle since he was seven, and learns with Pete Cooper. (He loves the bluesy, syncopated Appalachian stuff best + Cajun music and anything by Aidan O’Rourke.) He’s been performing in festivals and folk clubs for the last three years, and has won several awards and competitions, including Battle of the Buskers (People’s Choice).