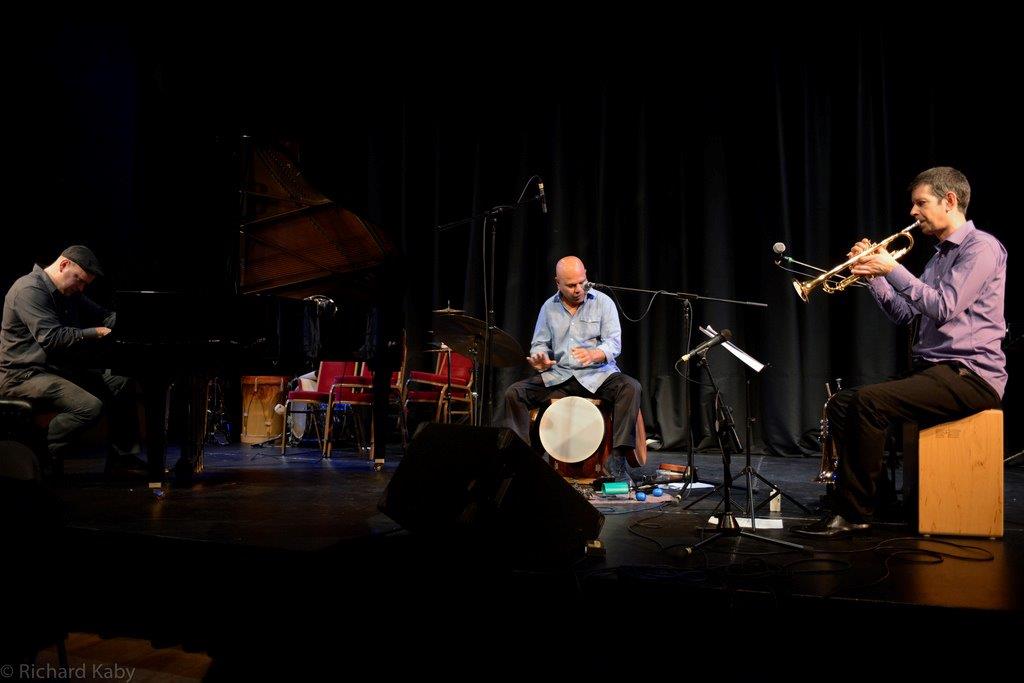 Shanti Paul Jayasinha studied at the Guildhall School of Music and Drama. He has recorded with Kenny Wheeler, Bobby Watson, Tim Garland, The Brand New Heavies, The Stereophonics and Basement Jaxx. He has played in concert with members of the Buena Vista Social Club, including Ruben Gonzales and Cachaito, and appeared with Frank Emilio Flyn’s ‘Los Amigos’. He has also played with Matt Bianco, supported Wayne Shorter, performed with LPO and the BBC Concert Orchestra, composed for the ABRSM jazz syllabus, and contributed transcriptions to John McGlaughlin’s DVD ‘The Gateway to Rhythm’. He has worked extensively with Alex Wilson, touring the UK and Europe, supporting the
Afro-Cuban Allstars, the Lincoln Centre Jazz Orchestra with Wynton Marsalis, and recording on five of Alex’s CDs.

He is on the staff at Centre for Young Musicians in London, has been a visiting lecturer at the Guildhall and an external examiner at the Royal College of Music. He has a CD out on Candid Records, entitled ‘Round Trip’ and is currently writing a book of elementary world music trumpet tunes for Oxford University Press.

John Crawford was born in London of English/Spanish Parents. His father played Blues piano, and this is the first thing he learnt to play. His mother would introduce him to Latin music of all kinds, and he has gone on to perform at Montreal Jazz Festival, North Sea Jazz Festival, Getxo Jazz Festival, Ronnie Scotts, Royal Festival Hall, Queen Elizabeth Hall, the 606 club, and Royal Albert Hall amongst others. His Ulia River of Time has just been nominated for best album in the jazz category by the Independent Music Awards USA.

Ramesh Shotham was born in Madras, South India. After graduating with a degree in zoology, he began his musical career as a self-taught drummer, co-leading a Rock band called Human Bondage. In 1970 the band established itself in Bombay (Mumbai) and Bangalore, after which it hit the road, performing all over the Subcontinent.

During the mid-seventies, after having spent several months in Bombay with the late Pakhawaj master Arjun Shejwal, Ramesh returned to Madras (Chennai), to take up study of the Tavil (a traditional temple music drum), under Vidwan K.P.Ramu. This lead him to extending his repertoire to other classical percussion instruments, like Ghatam, Mridangam, Kanjira and Morsing at the Karnataka College of Percussion, founded by Professor T.A.S. Mani.

Since then, he has lived and worked in Europe, performing not only with leading European and American Jazz and Rock musicians, but also with artists from Africa, Australia, China, Korea and several Arabic countries. He has recorded over 120 LPs and CDs.